The mission of the Southampton Town Waste Management Division is to provide waste management services to town residents that is cost-effective, convenient, and that promotes waste reduction and recycling.

The Solid Waste Advisory Committee assists in coordinating waste management and recycling efforts throughout the Town, prioritizing goals, and recommending policy, legislation, and code amendments that encourage and contribute to sustainability. The Committee also assists in development of programs and materials that serve to educate members of the public regarding such topics.

In accordance with the State of New York Environmental Conservation Law (ECL) Article 27-0107(1)(a), a local planning unit in Long Island must have an approved Solid Waste Management Plan (SWMP) that outlines management, handling, and disposal of refuse. The Town of Southampton originally released its SWMP in 1990 (PDF) with subsequent revisions / updates in 1992 and 1995. This draft update is an update to the March 1995 SWMP (PDF). The draft update is a 15 year work plan that will continue to implement best management practices while introducing modifications that reflect current NYSDEC recommendations from the New York State Beyond Waste Plan..

The draft update is a 10 year work plan that will continue to gather information regarding waste generation and disposal within the Town of Southampton and continue to implement best management practices to reuse, reduce, and recycle.  The plan includes modifications that reflect current NYSDEC recommendations from the New York State Solid Waste Management Plan.

The town is not responsible for the curbside collection of solid waste within the town. Rather, private collection service companies collect a percentage of the residential waste stream and nearly all of the waste stream generated by commercial, industrial, nonhazardous institutional, and farms. Such large-volume generators must arrange privately to haul trash and recyclables to receiving centers located outside the town.

The disposal center on Major's Path had been used as a landfill since 1963. However, by decree of the Long Island Landfill Law, landfilling operations ended in December 1995, when the facility was converted to a transfer station, and all materials brought to the site for disposal were then, and continue to be, transported to receiving centers located outside of Southampton Town.

Specifically, the non-recycled garbage, including bulk items, is transported to private vendors for disposal. The recyclable items are transported to regional receiving centers. Depending on the status of the recycling markets, the town may then receive payment for the individual recyclable materials.

The North Sea Landfill has three capped cells, which was required by Department of Environmental Conservation regulations. Cell 1, which was filled to capacity by 1984, was unlined, but Cell 2 and Cell 3 are both lined and equipped with a leachate collection system (leachate is water filtered through the waste). None of the cells currently receive waste.

After the final capping project at Cell 3, the town commissioned a Recreational Use Master Plan for the North Sea Landfill site. This master plan developed a recreational facility for public use on the southern portion of the site.

Also, in early 2002, the town implemented a yard waste recycling program at three of its four recycling centers. Through this program, the town processes the brush less than 3 inches in diameter and leaves received at the stations to produce commercial grade unscreened compost and mulch products. Mulch is available to residents at no cost and must be loaded by the resident.

The town currently recycles approximately 50% of the waste that is handled through its facilities, which includes that portion of the population that choose to self-haul. Residents who wish to participate in the self-hauler program must purchase and use the official Town Garbage Bags for all non-recyclable trash, and source separate all recyclables.

All non-recyclable items that do not fit in the Town Garbage Bags may be disposed for an additional fee. See the Revised Waste Management Fee Schedule (PDF). There is no charge for the proper disposal of recyclables, as defined by Town Code.

Residents are advised, not to include fire place ashes into green bags and/or leaves and brush delivered to the Town Transfer Stations. These ashes have the potential to re-ignite causing fires.

Your enthusiastic participation in our recycling program has made it a great success. Thanks to you, the results have surpassed our expectations. 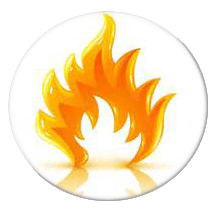